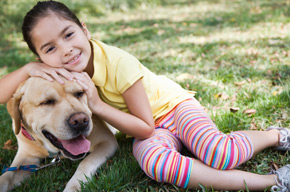 Florida’s Second Judicial Circuit Florida Courthouse Therapy Dogs Program is one of the largest in the country. They have successfully used therapy teams in hundreds of criminal events and dependency dockets since the program began in 2007. As of June, 2021, 36 courthouse therapy teams are working in judicial applications.

Tallahassee Memorial Animal Therapy Program currently has over 200 certified therapy teams and four facility dogs serving over 80 facilities in the greater Tallahassee, Florida region.  The Program works with the Second Circuit to provide additional training for the teams serving the courts in the Second Judicial Circuit of Florida, and currently provides 36 teams to work in the 2nd Circuit.